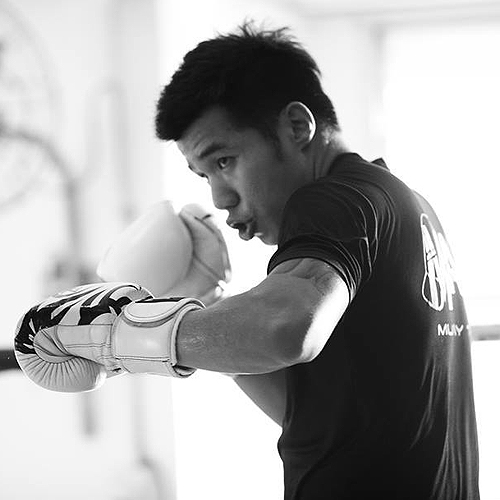 Chris Wong has been involved with Muay Thai for more than half his life, turning professional when he was just 14. It was at that age that he first started going abroad to train and compete, spending a large part of his teenage years in different parts of Thailand, training under different instructors and under the different school’s methods. After years of dedication and hard work, in 2003, Chris took part in his first major international competition held in Bangkok – the Prince Cup – where he won the title of first runner up.

Another famous international competition – The IFMA World Championships in 2007 – made his name global when he won the bronze medal, beating competitors from 72 other countries and teams. He became the only Singaporean Citizen in history to bring back home a medal in this competition. All in all, Chris Wong had taken part in over 50 professional competitive fights, winning titles in most of the fights he had taken part in.

Today, Chris is currently running Muay Art Fitness at The Arena SG, and is still actively involved in various Muay Thai bodies such as: